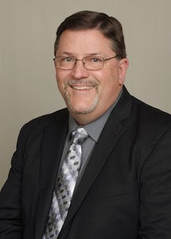 In December 2017, Dave retired as the President of Engineering Surveys & Services (ES&S). He joined the firm part-time in 1978, while attending the University of Missouri, and after receiving his bachelor of science in Civil Engineering in 1980, joined ES&S full-time.  He was a Managing Member of the firm’s LLC since it was established in 2003, and prior to that one of three partners that succeeded the firm’s founder, Jim Reed, PE, RLS (MU, 1955).
​
Upon joining ES&S, Dave quickly was immersed in all aspects of the firm’s services, working on survey crews, observing and documenting construction activities, performing materials quality assurance tests, and a variety of civil engineering design tasks.  ​He became the firm’s technical resource on the planning and design of onsite wastewater treatment systems, and began oversight of the firm’s water/soil analytical laboratory.
​
Dave managed ES&S'  engineering practice for over two decades, and was heavily involved with the firm adding office locations in Jefferson City (1988) and Sedalia (2000). 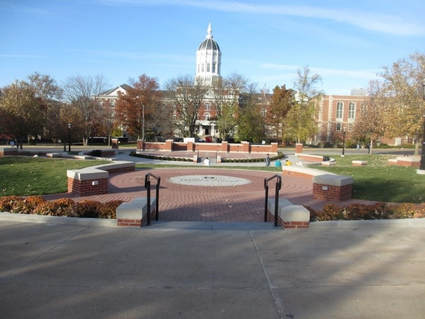 2014: Dave was particularly pleased to manage the site design and construction-support services for University of Missouri's Traditions Plaza, in the heart of the Columbia campus.
During his tenure the firm’s engineering staff experienced consistent growth, reaching 18 at the time of his retirement.  Dave was always a strong proponent of professional licensure, with 14 of ES&S’ staff engineers holding professional registration (Professional Engineer), most of those received while under his direct supervision.
​
Dave has been involved, and in most cases led, the site planning and design for some of Columbia’s most significant land development projects in the last three decades, including: Columbia Mall, Broadway Marketplace, Grindstone Plaza, Rock Bridge Shopping Center, and Fairview Marketplace. Dave was also been instrumental in the site selection and site design for several CPS school projects including Muriel Battle High School, which opened in 2013.
​
Dave believed that using his engineering education to give back to his community was vital, and served on a variety of boards and commissions throughout his career.  He and his family have been actively involved with the First Baptist Church for most of their years living in Columbia. 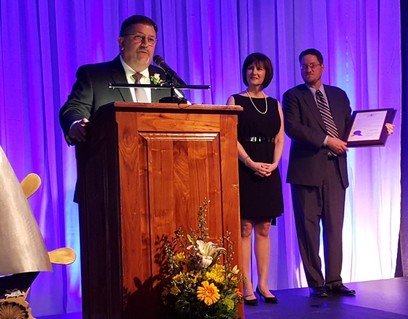 April 2016: Dave Bennett speaks to fellow alumni and supporters of Camdenton School District after induction into the district's Hall of Leaders as a "Distinguished Alumnus."
​Dave is a registered professional engineer (PE) in the states of Missouri and Iowa.  He was active in the Missouri Society of Professional Engineers (MSPE) from his days as a University of Missouri student, and the American Society of Civil Engineers.  His early involvement and career accomplishments were recognized when he was named the MSPE Central Chapter Young Engineer of the Year in 1989.  A 1975 graduate of Camdenton High School, Dave was inducted into his hometown school district’s Hall of Leaders in 2016, and was inducted into the MU Civil Engineering Academy of Distinguished Alumni in Fall 2017.